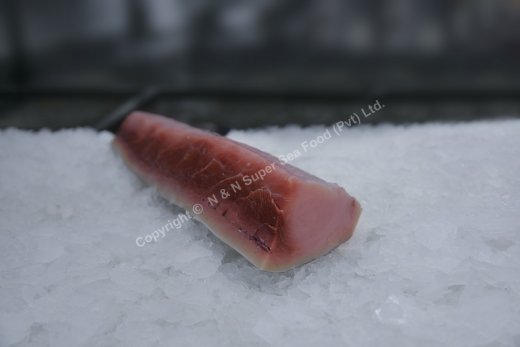 The swordfish is named after its bill resembling a sword. This makes it superficially similar to other billfish such as marlin, but upon examination their physiology is quite different and they are members of different families. The flesh of some swordfish can acquire an orange tint, reportedly from their diet of shrimp or other prey. Such fish are sold as "pumpkin swordfish," and command a premium over their whitish counterparts.

Similar Products Related To This Item